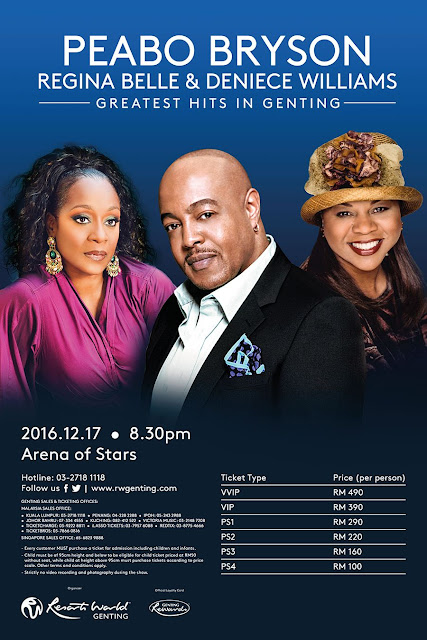 Peabo is back and this time he is accompanied by two lovely Grammy Award winners.


Revered as one of the premier male vocalists in contemporary music, Peabo Bryson's many successes include the No.1 hit, Can You Stop the Rain, the Top 10 number, Treat Her Like a Lady, and his duet with Celine Dion, Beauty and the Beast. Bryson marked his professional debut at the age of 14, singing backup for Al Freeman and the Upsetters. For several years, he worked with hometown bands, and wrote and produced for Bang. In 1976, he finally tasted big-time success when he released his debut album, Peabo that featured many songs composed by him.
Regina Belle is, of course, well-known for her Grammy Award winning duet with Bryson—A Whole New World for Disney's 1992 animated feature, Aladdin. The American singer-songwriter and actress who is noted for her deep, sensuous voice, also enjoyed big success for her singles, Baby Come to Me and Make It Like It Was.
Deniece Williams is yet another big name that ruled the airwaves in the 70s and 80s. At her peak, the Grammy Award winner spent a decade at the top of the soul charts, winning acclaim for both her four-octave range and delivery style. A fixture of urban and pop radio formats in the 1980s, Williams is best known for such hits as I Surrender, I Believe in You, and Let's Hear it For the Boy, one of the tracks from the movie, Footloose.
Don’t miss out this A-list presentation and re-live the romance once again as these famous trio reignite the flames of love in the arena. 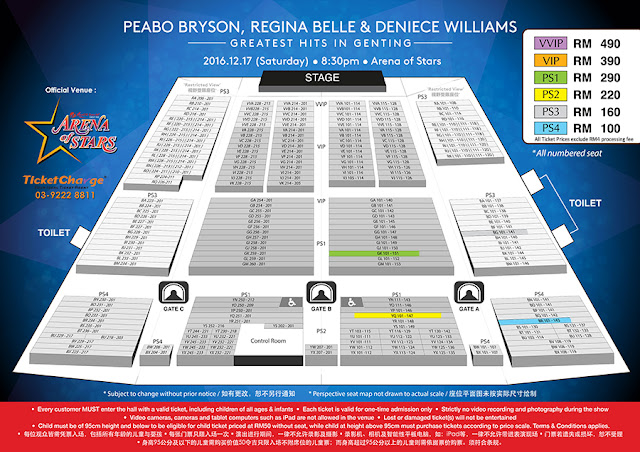