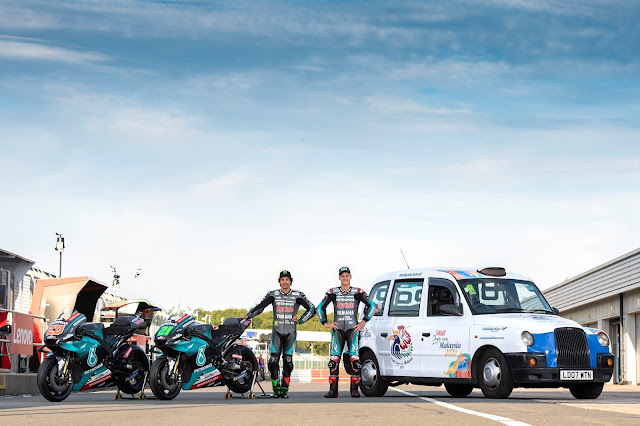 One hundred and thirty-five Visit Truly Asia Malaysia liveried London taxis and two London buses will soon grace the streets of London to highlight Malaysia as the destination of choice in Asia for sports fans. In further support of Visit Malaysia 2020, Sepang Racing Team owner, Sepang International Circuit, is hosting a number of sporting events with international appeal, most notably the penultimate round of the 2019 MotoGP World Championship on November 1-3.

In December, the circuit will also host the FIM Endurance World Championship (EWC) and FIA World Touring Car Cup (WTCR) in a ground-breaking fusion of the worlds of two-and-four-wheel motorsport under the headline, Races of Malaysia.

Both events will harness the hashtag #RoadToMalaysia in support this initiative, with the inaugural 8 Hours of Sepang expected to see at least 30 teams competing. It will be the qualifying round to the legendary Suzuka 8 Hours in 2020 as the second race on the 2019-2020 EWC calendar.

The Malaysian round of the WTCR will be the 2019 season finale with 26 full season entries from eight different car manufacturers and also will be the first night racing using Sepang’s new state-of-the-art floodlights system.
-Petronas SRT.
https://www.sepangracingteam.com/
https://www.sepangcircuit.com/
Posted by PelanconganKini at 9/01/2019 12:27:00 pm