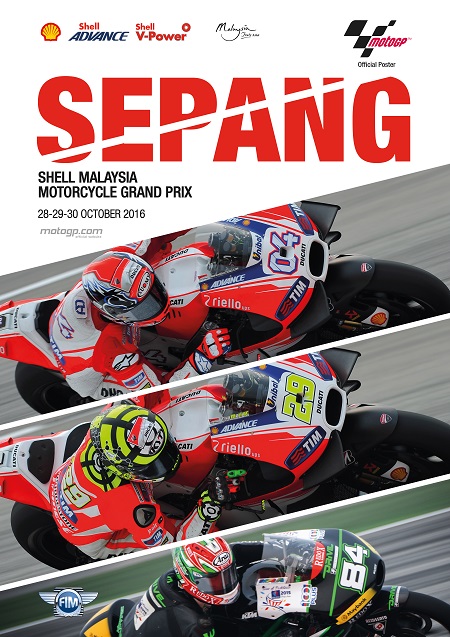 Held on 28-30 October 2016, just 4 weeks after the Malaysia F1 Grand Prix, the two biggest international motorsports events make for a high adrenaline October in Malaysia. Fans can expect an even bigger and better Shell Malaysia Motorcycle Grand Prix 2016, with passionate rivalry on the track and a spectacular motocarnival for passionate two-wheel motorsports enthusiasts off the track.

With more than 100 booths, the motocarnival offers just about everything a fan could want. MotoGP race week, arguably the best two-wheel motorsports festival in Southeast Asia, extends across the Klang Valley, with off-track entertainment, fan engagement with riders and other exciting activities. Local fans will definitely want to root for Adam Norrodin, who is making his Malaysia MotoGP debut as a SIC Racing team rookie, and not forgetting, cheer on national favourites Hafizh Syahrin in the Moto 2 category and Khairul Idham Pawi in Moto 3 category.

Get your tickets from: