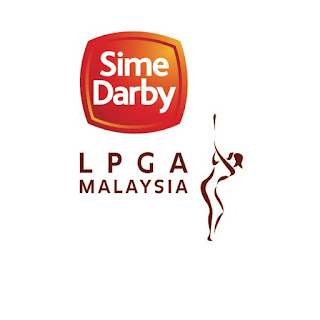 
The coveted places were awarded to the three ‘Malaysian Angels’ in acknowledgement of their continued progress as professional golfers and will see them spearheading the local challenge against a star-studded LPGA field, set to include defending champion Jessica Korda. All three players are graduates of the Sime Darby LPGA Malaysia Development Programme.
Malaysia’s top ranked player and LPGA Tour regular, Kelly Tan, is currently ranked 159 in the world rankings* and 73 on the LPGA Money List. Such has been her progress on Tour, she may gain automatic qualification for the tournament and not be dependent on the exemption place. The 22-year old from Johor will be looking to build on her result at last year’s tournament, where she finished in 61st spot.
Michelle Koh can also expect a hero’s welcome as she makes her return to Malaysian soil. Like Tan, the 26-year old will be coming into the tournament off the back of the 2016 Rio Olympics, where the duo will make history by being the first female golfers to represent Malaysia at the Olympics.
Having finished in 70th place on the East Course last year, she will be hoping to improve on the result and continue breaking down barriers in a year in which she has already cemented her place in Malaysian sporting history.
Koh said: “Thank you to Sime Darby for the opportunity to play once again. The tournament is something I look forward to every single year. With Kelly and I representing Malaysia at the Rio Olympics, it’s a great year for golf in Malaysia, and I’m sure everyone is excited. It’s always a great experience to play in front of the home fans and I’m looking forward to seeing them in October.”
At the same time, Ainil Bakar continues to go from strength to strength as she constantly strives to improve her game. Having turned professional in 2012, Bakar competes on the Ladies European Tour and Ladies Asian Golf Tour. She said: “Having come through the Sime Darby LPGA Malaysia Development Program, I’ve always seen this tournament as a highlight of my year. Of course, I am thankful to Sime Darby for the opportunity to compete once again. It’s truly a privilege to be able to return home and compete on Malaysian soil.”
The three players have been beneficiaries of the Sime Darby Foundation’s (YSD) funding programme, with Tan being awarded YSD’s STAR scholarship in 2011 to pursue a six-month accredited college preparatory course and full-time golf programme at the world’s most prestigious golf institution, Pendleton School at IMG Academies in Florida. Bakar, meanwhile, received funding support for two years to compete on the Ladies Asian Golf Tour (LAGT) and the Ladies European Tour (LET).
The three golfers are the first Malaysians to receive exemptions for the tournament. A minimum of two additional places will be made available for Malaysian players at the Sime Darby LPGA Malaysia National Qualifying Tournament slated for late September, along with a new category of ‘Amateur Juniors’ which will see the country’s top two junior amateur ranked players given the opportunity to test themselves against the best in the world.
Speaking about the first sponsor exemption places awarded, Steven Thielke, Chairman of Sime Darby LPGA Malaysia Tournament Committee and Chief Executive Officer of KLGCC, said, “The Tournament Committee extends its sincerest congratulations to Kelly, Michelle, and Ainil on being awarded the exemption places. The tournament prides itself on the support that it has lent to the development of young talent in Malaysia over the years and these three players are prime examples of it. We also wish Kelly and Michelle every success at the Rio Games later this month where we will follow their progress with great interest.”
The seventh edition of the US$ 1.8 million purse Sime Darby LPGA Malaysia will take place on the East course at KLGCC from 27 - 30 October 2016. 78 players, made up of 64 players from the LPGA tour and fourteen sponsor exemptions will compete in the 72-hole stroke play, no cut tournament.
For all the latest updates, visit the tournament website at www.simedarbylpgamalaysia.com. Tournament activities can also be followed on www.facebook.com/SimeDarbyLPGAMalaysia, or via Twitter and Instagram using @SimeDarbyLPGA, #SimeDarbyLPGA,#WomenWithDrive
*According to Rolex Women’s World Golf Rankings, 25 July 2016