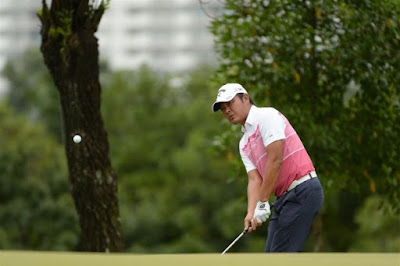 
The 43-year-old golfer confirmed his fifth appearance in the US PGA Tour tournament as the highest-ranked Malaysian – at No. 254 – in the world after Monday’s cut-off date.
Danny and Gavin Kyle Green, who booked his spot after winning the SapuraKencana National Classic last month, are the only two Malaysians in the 78-man field.
The Malaysian duo will join a star-studded field that includes world No. 6 Adam Scott of Australia, Americans Patrick Reed and Ryan Moore, England’s Paul Casey and Spaniard Sergio Garcia. American Justin Thomas is the defending champion.
“I always enjoy competing at home as the patriotic support from the galleries never fail to fire me up,” said Danny, whose best finish was joint 13th in 2011.
“A good performance from either Gavin or myself will definitely take golf to greater heights in Malaysia and inspire many. That’s what I hope to do and I’ll do my best next week.”
This week, Danny will be competing in the Asian Tour’s Macau Open while Gavin is making his first PGA Tour appearance at the Safeway Open in California.
-thestar online.
http://www.cimbclassic.com/
Posted by PelanconganKini at 10/10/2016 09:27:00 pm