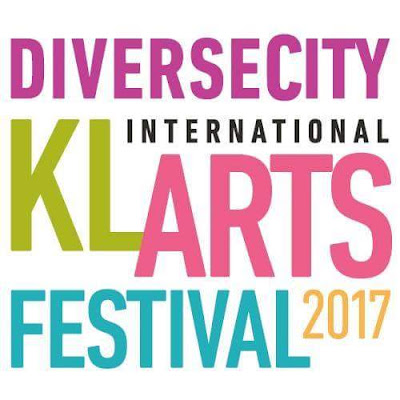 The five-week event, from today until Oct 1 at multiple venues in Kuala Lumpur will showcase a line-up of numerous cultural performances featuring international stars from ASEAN countries and several other countries.

Before officiating the event, Najib and wife, Datin Seri Rosmah Mansor spent more than an hour watching various cultural performances such as the Zapin performance by the National Academy of Arts, Culture and Heritage (Aswara) and a performance by 'Che Malambo', a 12-man dance sensation from Argentina.

Capping off the launch was the completion of an artwork on stage by eminent artist, Yeoh Jin Leng (he), who will be exhibiting a selection of works complemented by photographs taken by the late Sultan of Terengganu, Almarhum Sultan Ismail Nasiruddin Shah in the festival.

DiverseCity is a non-profit organisation and receives funding from the government, box office sales as well as sponsorship and donation from corporations, individuals and charitable foundations.

Launched in 2015, the KL International Arts Festival is building a reputation as a major annual international celebration of the arts. Held in the third quarter of the year, the festival features artistes across a variety of genres in more than a dozen venues throughout Kuala Lumpur. Festival performances are also complemented by educational workshops and activities.

Earlier, festival director Datin Sunita Rajakumar in her speech, said from Aug 31 to Oct 1, acclaimed and up-and-coming artistes from Malaysia and around the world would gather in Kuala Lumpur to celebrate the arts through music, dance, theatre, visual arts and literature.

"We have curated this year's programme to provide a little something for everyone as the festival aims to bring communities together to celebrate the arts of all its diversity. It is my hope that the programmes this year will not just entertain but also inspire and connect all who attend the events," she said.

A highlight of the music performances is the 'Konsert Panggung 50 Anniversari' to be staged in the lush gardens of the Taman Botani Perdana which starts at 9pm on Sept 30.

The concert will feature local and ASEAN artistes who will take the audience on a musical journey through the ages, performing old hits set to new arrangements, and backed by the Dewan Bandaraya Kuala Lumpur (DBKL) Orchestra and dancers, added Rajakumar.

She said the public could obtain more information on the festival via its website at http://www.diversecity.my/
-Bernama.
Posted by PelanconganKini at 9/01/2017 02:03:00 am