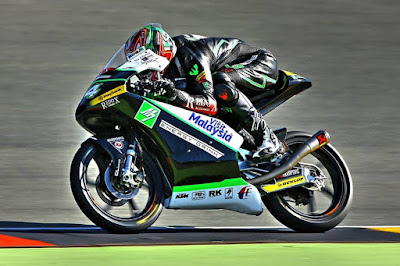 Indianapolis, United States – Monday 3rd August
Circuit: Indianapolis Motor Speedway
Circuit Length: 4.2 km
Following a three week break in the MotoGP calendar, the DRIVE M7 SIC Racing Team make their way to the USA, where the famous Indianapolis Motor Speedway will kick off the second half of the season.
Hosting the tenth round of the Championship, the Indianapolis Grand Prix will mark the start of a busy sequence of events for the teams and riders, with the second back-to-back race of the year to follow in Brno, before heading to Silverstone just one week later for the British Grand Prix.
Returning to better form at Sachsenring, the DRIVE M7 SIC Racing Team will be looking to start strong at the Brickyard and continue their positive progress with riders Jakub Kornfeil and Zulfahmi Khairuddin. Still feeling unfulfilled with their results from the first half of the season, Kornfeil and Khairuddin are determined to up their game and prove their true potential.
At a track where both riders have achieved good results previously, the team will be aiming high as they battle for a confidence boosting result this weekend.
Johan Stigefelt – Team Manager
“It’s been a pretty intense start to the season, so it’s been good to have this break to be able to reset and focus our attentions on the rest of the year. In Sachsenring we ended pretty well, especially with Fahmi who made a big step forward, so I really hope that we can maintain this and keep the momentum going for Indy and the rest of the year.
Indy is a very special track; it’s quite twisty and tight and has a long straight, so the gearing will be very important. Overall I believe Jakub likes the track from the past, as does Fahmi, so we just need to keep working hard and push for the results. The first half of the season has been quite hard for us but we won’t give up. The team are getting more accomplished with the KTM bike and the riders and we are continuing to make progress. This last part of the season is very important and especially to start it in strong form, so I hope for the best at these first two races in Indy and Brno.”
#63 Zulfahmi Khairuddin
“During the summer break I have been at home quite a lot because we have our Ramadan festival. I’ve really enjoyed being back in Malaysia, not only to spend some time with family and friends but because I can also do a lot of training there. Over the past few weeks I’ve been working hard to prepare myself for the next half of the season and to be in better shape for Indianapolis. I feel great now with my physical condition because I have been training a lot, doing motocross, super-moto and in the gym. The most important part of this break is to train well and have good rest, so you are in the best condition you can be for the rest of the year. Now I feel ready to go racing again.
I like Indianapolis Circuit; I’m not really sure why but I just feel like it’s my track. It’s quite bumpy but for the last three years I’ve had a good result there. I’m looking forward to the second half of the season because at Sachsenring we showed our improvement. For sure we have to be closer to the top from now on but I know that we are capable of achieving more; now I have to prove it with my results.”
#84 Jakub Kornfeil
“Indianapolis is my favourite US GP. I think the track suits my style and I really like the first and last sector. It’s been a long three weeks so I’m really looking forward to Indy. I want to race again and I’m excited about the next half of the season. I have been training a lot during the break so that I’m prepared and able to push as much as possible. After Indianapolis we go straight to the Czech Republic and this will be one of the most important races for me, so we need to start the second half of the season strong and keep the momentum going. We have to just continue doing our job well and make the result happen. At this moment we are still not where we want to be but now we have in front of us another chance to prove what we are capable of. Everyone from the team are hungry for the results and this is what will help us to succeed. I know as a team we will do the maximum to reach the target.” 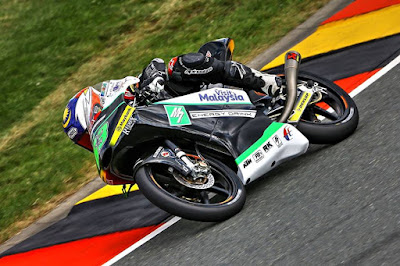