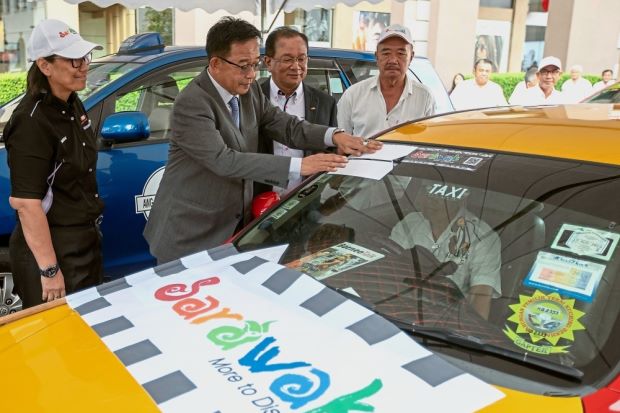 KUCHING: Sarawak has recorded a higher number of tourist arrivals in January this year as the Visit Sarawak Campaign (VSC) gets underway.

“This is very encouraging compared to last year. We feel that our efforts of being aggressive and intensifying our marketing has shown some results.

“It’s too early to say but we hope this is going to be a positive trajectory for us,” she said after the launch of a VSC car sticker campaign here.

Sharzede said the state’s target of five million tourists this year could be achieved with aggressive promotion in domestic and regional markets.

“Yes, it’s a high target. But I believe that if we put ourselves out there frequently and aggressively, the local market will come in.

“And when we went overseas ever since we launched VSC, there has been a positive response about us and our new products. There’s excitement out there and to me that’s a very positive sign,” she said.

“We just came back from Sydney and Melbourne where we received very good response and packages are being looked into.

“We are working closely with the (Indonesian) consulate now, doing promotions and organising Indonesians to come. These are low-hanging fruits that we must capture and get them to come here as frequently as possible.

“Other than that, Europe is our long-haul and high-yield target. We are going to Berlin on March 3 as Europe is a good market for us,” she said.

Tourism, Arts, Culture, Youth and Sports Minister Datuk Abdul Karim Rahman Hamzah, who flagged off the car sticker campaign, said it was part of efforts to promote Sarawak under VSC.

He said the stickers would be distributed to some 2,000 taxis in Kuching as well as other towns like Sibu, Miri and Bintulu.

Passengers can scan QR codes on the stickers to be connected to the STB website for information on attractions.
-thestar online.
https://sarawaktourism.com/
Posted by PelanconganKini at 2/23/2019 01:31:00 pm