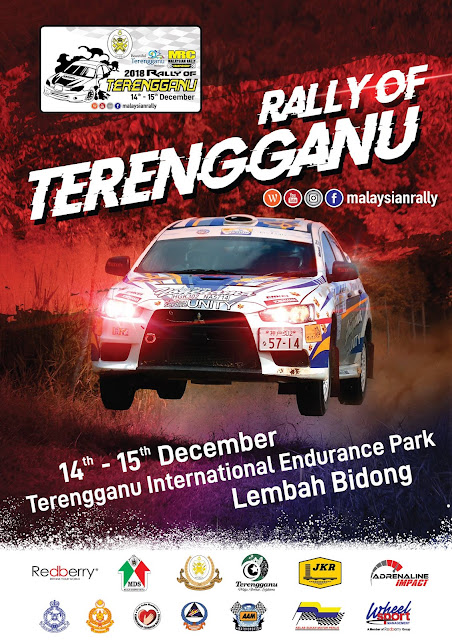 The final round of the 2018 Championship makes its first visit to the East after more than a decade and it returns with sting in the tail. Lembah Bidong in Kuala Terengganu is the venue of the rally. Lembah Bidong is famously known for Equestrian endurance trails has some of the best horse riding trails in the region and has been the venue of the many international events; most recent is the 2017 SEA games where the Sultan of Terengganu won Gold in the individual endurance category. In December it will be the host venue to the latest edition of the Malaysian Rally Championship. The State of Terengganu has been the co-sponsor for the 2018 Championship in conjunction the state’s tourism program titled Beautiful Terengganu. With such a keen eye in promoting tourism to the state, the event has the full support from the local authorities.

The event will be centered around Terengganu International Endurance Park (TIEP). The ceremonial start and finish, service park and rally HQ will be station here with the rally stages close by. The event will be good for spectators and competitors alike as everything is in a closed loop.

A total of 10 stages with a distance of competitive driving totaling 107km and a short 38km of liaison stage totaling 145km are spread over 2 days. The stages are a mix of very technical and flowing stage reminisced of WRC stages.

However the highlight of the rally is 2 km tarmac and clay surface stage. The unique feature of the rally is the compact beach sand based surfaces on the stage that’s a mere meters from the beach line. It’s a gamble on tire choice and ultimately the skill of the driver and co-driver to blast through the stage as fast as possible.

The final round in Kuala Terengganu has all the promise and ingredients of an interesting and challenging event. Be sure not to miss all the action.
- http://malaysianrally.com/
Posted by PelanconganKini at 12/06/2018 01:46:00 pm