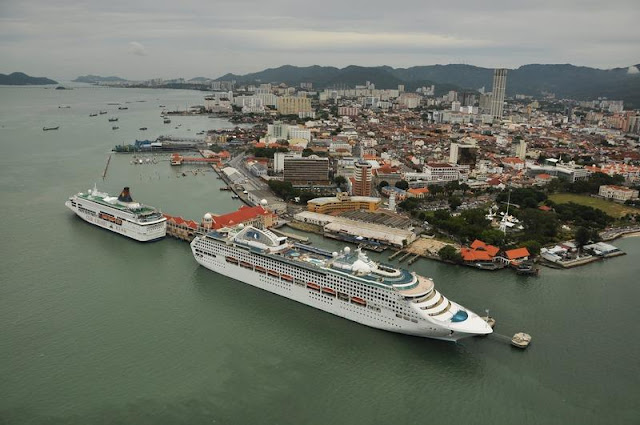 GEORGE TOWN, Dec 14 (Bernama) -- The Penang government debunked a news article, saying that cruise tourism in the state has been growing in comparison to last year.

The statement was a response to the news article published by The Star on Dec 1, stating that the number of cruise ships calling on Penang this year has dropped from 1,985 last year to 1,119 since end of October.

State Tourism, Heritage, Culture and Arts committee chairman Yeoh Soon Hin clarified that while the number stated for last year was true, the vessels that called on Swettenham Pier Cruise Terminal (SPCT) from January to October 2018 was 1,756, and expected to exceed 2,100 by the end of this year.

Yeoh also clarified that the number of total passengers from January to October this year was 868,060 against 985,739 in the corresponding period of 2017, in response to the article claiming that Penang had 1.2 million cruise passengers last year and lost 500,000 this year.

“The figure I have just given is for total passengers and not for just cruise passengers, so we are unable to ascertain how the figure of 500,000 stated was obtained,” he said in a press conference, here today.

According to the said article, the statistics was cited from a source in SPCT, but the name was not identified.

Penang Port Chief Executive Officer V. Sasedharan, who was also present during the press conference, said that only he had the source.

Sasedharan added that he had sent a letter to The Star publication last Monday regarding the misleading article.

“Since then, I have yet to receive any response from them,” he said.
According to Cruise Lines International Association (CLIA) 2017 Asia Cruise Trends report, Malaysia is ranked number five in the Asian market, in which George Town, Penang ranked number one in Malaysia.
-bernama.
Posted by PelanconganKini at 12/15/2018 12:27:00 am