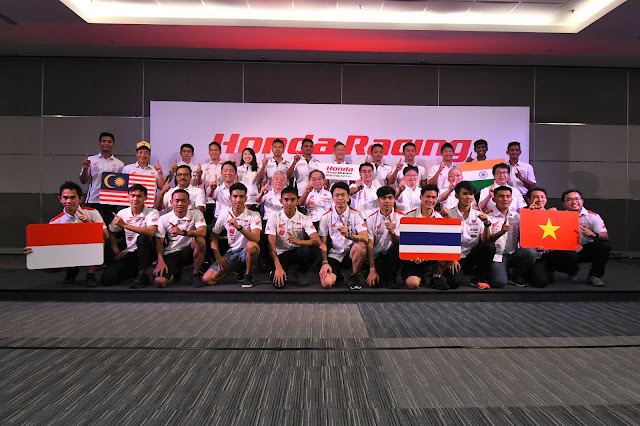 The Honda Group of Companies in Asia & Oceania reinforced their commitment to strengthen Honda’s involvement in motorcycle motorsports in the Asia and Oceania region. In a media briefing following Race 1 of the season finale of the FIM Asia Road Racing Championship, Honda announced the formation of the Honda Asia Dream Racing team that will spearhead Honda’s challenge in the upcoming ASB1000 class.

The team will feature Malaysian rider Mohd Zaqhwan Zaidi as their sole rider with Makoto Tamada as Team Manager and Zulhelmi Ahmad as Assistant Team Manager. Additionally, the team will consist of a multi-national crew handpicked from Thailand, Malaysia and Indonesia.

Zaqhwan had been in training for the ASB1000 for the better part of 2018 when he participated in the JSB1000 class of the All Japan. The team’s litmus test took place at the 2018 Suzuka 8 Hours where they finished seventh in the prestigious event.
-http://www.asiaroadracing.com
Posted by PelanconganKini at 12/03/2018 09:47:00 am