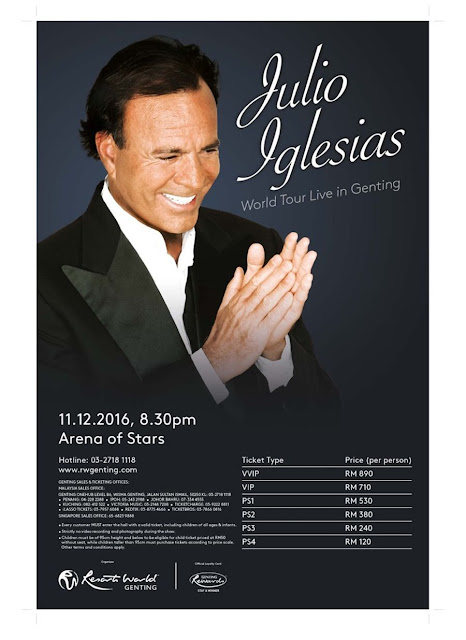 The most successful Latin singer of all time, the legendary Julio Iglesias has sold more than 300 million albums in 14 languages. He has more than 400 gold and platinum records certified, making him one of the Best Selling Artistes of All Time and the Best Selling Latin Artist in history.

It is not only his powerful distinctive voice that sets him apart from the rest; his unique singing style and easy charm have never ceased to wow his audiences. His most iconic songs include the duets he did with other renowned singers:To All the Girls I've Love Before with Willie Nelson, My Love with Stevie Wonder, and All of You, with Diana Ross. All of these were chart toppers just like his other best-known hits, Hey, 1110 Bel Air Place, Non Stop, Starry Night, and Crazy.


The force of nature that is Julio Iglesias was born in Madrid, Spain in 1943. He found stardom when he won the 1968 Benidorm Festival with a song he composed himself entitled La Vida Sigue Igual. Following that, he signed with Discos Columbia Records—and he has never looked back since.